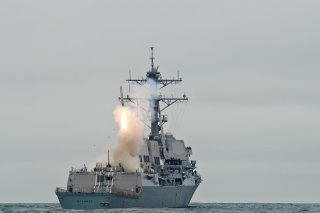 Here's What You Need to Remember: The U.S. Navy in late January 2019 confirmed the designation of its newest cruise missile, in the process clarifying its long-term plan for arming its growing fleet of warships.

David Axe was the Defense Editor of the National Interest. He is the author of the graphic novels War Fix, War Is Boring and Machete Squad. This first appeared earlier in 2019.