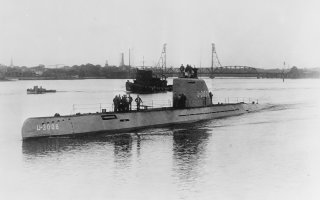 Here's What You Need to Know: The Nazis had hoped a new kind of submarine would—in theory—fundamentally change the nature of the war at sea.

Germany’s goal was to surround the British isles with hundreds of submarines, preventing anything from getting in or out. Initially, this was successful. In October 1942 alone, U-boats sank 56 ships … and that was justin the passage between Iceland and Greenland.

However, the Type XXI would last through the Cold War. Some were used for target practice. Others were captured and commissioned into the Soviet and French navies. The only surviving vessel of its class today is the Wilhelm Bauer, which the modern German navy converted into a research vessel. It’s now a museum ship in Bremerhaven.