Nazi Germany's Tiger Tank Has a Scary Reputation. But Was It Really That Deadly? 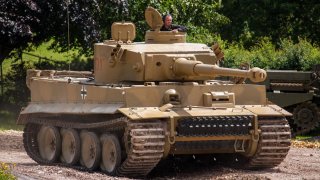 Here's What You Need To Remember: The Tiger was a powerful tank by itself, but its size and cost made it a logistical nightmare.