Nearly Half of U.S. Teens Who Date Report Stalking and Harassment 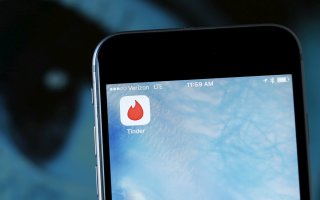 Falling in love for the first time can be a thrill, and teen dating is important to adolescent development. But according to the results of a study that my research team recently conducted, these early forays into romance often veer into unhealthy territory.

As many as 48% of 12- to 18-year-olds who describe themselves as having had a dating partner in the past year have also experienced dating-related stalking and harassment.

Not only can dating-related stalking and harassment cause anxiety and depression in teens, but it can also be a harbinger for more serious forms of abuse should the relationship continue.

Our study collected self-reported survey data from 320 adolescents from across the U.S. through the Survey on Teen Relationships and Intimate Violence. Youths with dating experience were asked whether a dating partner had ever spied on or followed them, damaged something that belonged to them or gone through their online accounts. Nearly half – 48% – said that they had experienced one or more of these behaviors, while 43% said that they had done these things to someone who they were dating.

Disturbingly, these statistics suggest that surveilling or acting aggressively toward a crush or partner isn’t just common among U.S. teenagers. They may also think it’s normal or acceptable.

Due to inexperience, adolescents may not recognize when they’re being treated poorly. And, because they’re still developing, they may not know how to handle a situation in which someone’s attention is overwhelming or scaring them. It can be difficult for young people to know what constitutes healthy and unhealthy romantic pursuit, as well. Meanwhile, their media and social media diets don’t necessarily feature ideal relationship role models.

It’s important for teenagers to hear from adults that it isn’t normal to constantly want to know what their partner is up to and that monitoring their social media posts or going into their private accounts is invasive – before, during and after a relationship.

I find that parents tend to have one of two extreme reactions to the idea of their teens dating for the first time. There’s the “over my dead body” reaction, which usually means they forbid their children from dating altogether. Or there’s the “aw, puppy love is so cute” response, in which they don’t dig too deeply into the contours of the relationship.

A third option is for parents to appreciate the ways in which dating is normal and helpful for the development of social skills; for example, dating can give teens practice ending relationships, which can give them the confidence to get into and out of intimate partnerships in adulthood. At the same time, there’s a role for parents: Pay attention to what’s going on, and be there to guide them if there are signs that a relationship is becoming unhealthy.

Eva Bahrami, Nnenna Okeke and Elizabeth Mumford of the National Opinion Research Center at the University of Chicago contributed to this research.