Need to Kill a Tank? These are the Weapons You Want By Your Side 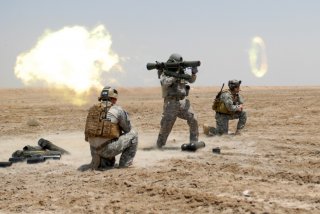 Here's What You Need To Remember: While optics technologies for close combat on service rifles have advanced leaps and bounds, AT launchers have remained in the Cold War era. Saab’s update brings them into the twenty-first century and likely will set the pace for other manufacturers to begin replacing the remaining launchers with iron sights.