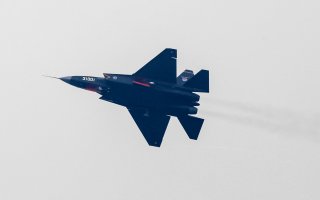 Key Point: The existence of such an aircraft could provide counterbalance to the U.S. Marine Corps’ F-35B fighter jet and the U.S. Navy’s F-35C fighter jet.