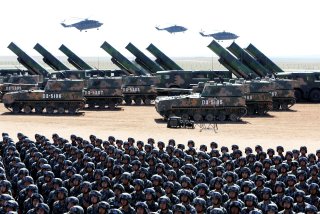 Key Point: The new PCL-181 howitzer is lightweight, which gives it “an edge in high altitude areas when the lack of oxygen could impact the power of the engine, and it is also very agile and fast in quick-reaction deployments,” according to the Chinese government-backed Global Times.