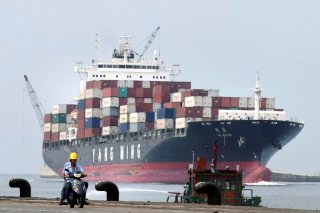 Taiwan President Tsai Ing-wen announced today that her government will ease restrictions on American beef and pork product imports. This is welcome news. The restrictions have been a thorn in the side of bilateral relations for far too long, with those limitations suppressing US agricultural exports to Taiwan since the early 2000s. To Taiwan’s detriment, those barriers have also stood in the way of a closer bilateral trade relationship, as Dan Blumenthal and I discussed in a report for the Project 2049 Institute last year:

A key sticking point on beef and pork for American and Taiwanese negotiators has been whether barriers to imports would be addressed prior to, or as part of, free trade negotiations. The American position has long been that Taiwan must drop the barriers before opening negotiations, as those barriers were not erected based on science or reason, but based on popular passion and a desire to protect Taiwan’s pork industry from overseas competition. American trade negotiators believe the starting point for negotiations should be the status quo ante—they are opposed to making concessions in return for barriers that never should have been erected in the first place. Taiwan’s negotiators, however, object to unilaterally dropping the politically popular barriers to beef and pork imports without securing concurrent deliverables to present to voters. It may be the case that these barriers should never have been erected, but domestic political realities in Taiwan today cannot be denied.

Since we wrote that 18 months ago, there has been a shift in those domestic political realities. Tsai Ing-wen is now in her second and final term as Taiwan’s president, unconcerned about reelection and facing the prospect of a Biden administration that is unlikely to be amenable to rapid movement on a bilateral trade agreement. A free trade agreement (FTA) has been a longstanding priority for Tsai, one she highlighted again before an American audience just two weeks ago. Tsai may assess that the window for securing such a deal is closing rapidly. In short, she is taking her shot.

The White House should reciprocate. It should begin by immediately providing Taiwan with an exemption to the Section 232 tariffs on steel and aluminum imports. But it should go further, offering to conclude a trade deal modeled on the United States-Mexico-Canada Agreement before the first (and possibly only) Trump term expires in January.

Why the rush? Beyond the political realities of a potentially expiring opportunity should the Trump era indeed be coming to a close, an FTA makes strategic sense at a time when the Chinese threat to Taiwan’s de facto independence is arguably growing more urgent. Dan and I addressed the strategic import of a potential FTA in our report:

Deteriorating stability in the Taiwan Strait, due largely to a dangerous combination of hostility and inflexibility from Beijing, threatens to upend regional peace if balance is not restored. Closer U.S.-Taiwan ties across the board, including in the economic relationship, would contribute to righting that imbalance, dissuading Beijing from further unsettling actions, and ensuring that this crucial neck of the Indo-Pacific woods remains free. The U.S. has a vital interest in cross-strait stability, and that can only be assured if the people of Taiwan believe they will not be overwhelmed economically by Beijing. An FTA with the United States would signal that Taiwan has many economic options, and open the door for other countries to follow suit. Taiwan’s current and future political leaders would find that an FTA allowed them to engage with Beijing, and with the broader international community, from a position of greater strength.

With an FTA, the Trump administration would leave a positive, enduring mark on the US-Taiwan relationship. Tsai Ing-wen has given President Trump an opportunity to do so. He should take it.

This article was first published by the American Enterprise Institute in August.