New Jersey Mayor Backs Stimulus Checks for Everyone in His City 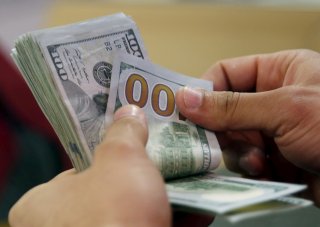 In recent weeks, the $390 billion in aid to state and local governments from March’s American Rescue Plan has begun to flow into local government coffers. One mayor in New Jersey is planning to use that money in a simple way: A check for every household in his city.

According to NJ.com, the mayor of Trenton, N.J., Reed Gusciora, has proposed sending a $500 stimulus payment to each of the New Jersey capital city’s 28,000 households. That program would cost $15 million, which is just a fraction of the nearly $73 million allocated to Trenton from the American Rescue Plan.

Other funds from the federal government will go towards infrastructure, job training, business support, and hazard pay for city workers.

“We felt this was a good way to help people catch up on their rent, catch up on their utility bills, make a down payment on their property taxes,” Gusciora told the news outlet this week. “We get it that a lot of people are in dire times and it’s difficult for them to get back on their feet after a year of being in the pandemic.”

The mayor’s plan has run into some resistance, including from the vice president of Trenton’s city council.

“I’m not sure what $500 is going to do to relieve some of our citizens with what they’ve endured during this COVID crisis,” Marge Caldwell-Wilson told NJ.com. “Even if they applied that $500 to their property taxes, that only covers a portion of it.”

She did suggest, however, that the city council could decide to go ahead with the stimulus payments but make them larger.

“The council president (Kathy McBride) said she’d like more money into the hands of residents and so would I, but if you double or triple it, that would take up a lot of the economic recovery dollars coming into the city. I think our plan is a really good balance between all of the needs of the city,” the mayor told NJ.com.

In addition to those payments, some Americans will receive additional money from the American Rescue Plan starting next month. The first payments of the expanded child tax credit are set to arrive on July 15. The Biden administration declared this past Monday “Child Tax Credit Awareness Day.”

“This tax cut will give our nation’s hardworking families with children a little more breathing room when it comes to putting food on the table, paying the bills, and making ends meet. Nearly every working family with children is going to feel this tax cut makes a difference in their lives, and we need to spread the word so that all eligible families get the full credit,” the president said in a statement Monday.