New U.S. Army Optic Technology Could Be a Game Changer 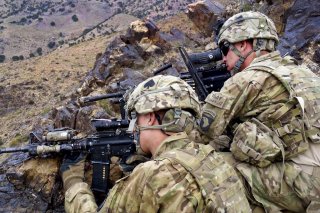 Here's What You Need to Know: These new night vision optics could be a game changer as they literally allow a soldier to look in two directions at once

The goggles and thermal sights produced by DRS Technologies and BAE Systems on display at the July 2017 Program Executive Office Soldier media demonstration are part of a new platform of optics the Army has been working and building toward for more than a decade, and they literally allow a soldier to look in two directions at once.