New Weapons And More: These Upgrades Will Keep The F-22 Flying High 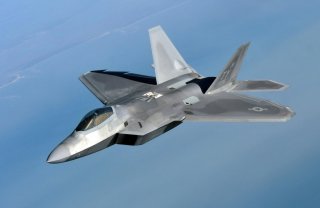 Here's What You Need To Remember: For the long term, given that the Air Force plans to fly the F-22 well into the 2060s, these weapons upgrades are engineered to build the technical foundation needed to help integrate a new generation of air-to-air missiles as they emerge in coming years.

Kris Osborn became the Managing Editor of Warrior Maven in August of 2015 . Osborn previously served at the Pentagon as a Highly Qualified Expert with the Office of the Assistant Secretary of the Army - Acquisition, Logistics & Technology. Osborn has also worked as an anchor and on-air military specialist at national cable networks.

(This first appeared two years ago and is being republished due to reader interest.)