The Next Threat to Boris Johnson’s Premiership Is Coming 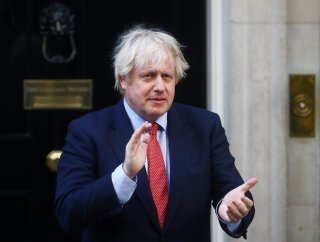 The UK government has undoubtedly made mistakes in its handling of the coronavirus pandemic. Examples include the delayed response, mix ups over the testing strategy, shortages of personal protective equipment and, above all, the neglect of care homes.

Conservative backbenchers were already raising concerns about pandemic management and many have been openly calling for the Prime Minister Boris Johnson to end his steadfast defence of his political adviser Dominic Cummings over his decision to drive from London to Durham and to a tourist spot during lockdown.

Many have wondered why Johnson should waste so much political capital on what looks like trying to defend the indefensible. But the next election is four years away and he calculates that it will all be forgotten by then.

Despite the Cummings furore, Conservative support continues to hold up in the polls. The most recent YouGov poll, completed on May 26, shows that Conservative voting intentions are 44%, the same as the party’s vote share in the general election of December 2019.

The real threat to the government does not come from its handling of the pandemic but from the fact that the measures put in place to combat the virus have crashed the economy. An important result has been a massive increase in unemployment. In April, the unemployment benefits claimant count skyrocketed by nearly 70%. This is the largest single monthly increase on record and it boosted the total claimant count to over two million – the highest figure for nearly a quarter of a century.

Lessons from the past

Unemployment was low during the so-called golden age of Keynesian economics from the end of the second world war to the early 1970s. Serious problems of “stagflation” – a combination of high inflation and unemployment – then prompted fundamental changes to economic policy.

After Margaret Thatcher was elected in 1979 she imposed a period of economic austerity that sent unemployment soaring to almost 12%. The popularity of her government fell rapidly as a consequence, but she was spared electoral defeat by the split in the Labour Party in 1981 and Britain’s victory in the Falklands War in 1982. Had these two events not occurred, it’s likely that the rapidly rising unemployment would have cost the Conservatives the 1983 election.

In the 1990s government popularity became more sensitive to rising unemployment, when recession hit the popularity of John Major’s government. This was reinforced by the “Black Wednesday” crisis, when the pound was ejected from the European Monetary System despite the government’s frantic attempts to avoid it. These events paved the way for Labour’s landslide victory in 1997.

In September 2007, the run on the Northern Rock bank heralded the start of the financial crash and subsequent recession. This is the nearest historical example we have of what we might happen to the economy in the near future, except that the current situation looks much worse.

In 2008, unemployment rapidly increased and the popularity of Gordon Brown’s government nosedived. The crisis effectively finished off his government and a Conservative-Liberal Democrat coalition came to power in May 2010.

Austerity policies introduced by the coalition then produced another dip in voting intentions. But by the time of the 2015 election the economy had recovered enough to give David Cameron a slim majority of 12 seats.

Unemployment has continued to fall since then and this helped Johnson win decisively in 2019. The overall story is that keeping unemployment in check is crucial for a governing party’s re-election chances.

An even more sensitive indicator of the effects of economic conditions on support for governing parties is consumer confidence. This is a key measure of how the public thinks the economy is performing. Data goes back to 1974 and tells us that the correlation between government popularity and consumer confidence is quite strong (+.50). When voters become more confident about the state of the economy they are more likely to support the government.

Consumer confidence plunged during the recession that followed the 2008 crash, taking government popularity down with it. This pattern could well be repeated in the coming months.

It would take a brave person to predict the outcome of the next general election, which is years away. But the historical record shows that when economic conditions deteriorate, voters quickly lose confidence in the economy and the government presiding over it.

Efforts to combat COVID-19 are having massively negative impacts on employment and the British economy more generally. Unless the situation is soon relieved, serious knock-on effects will diminish Johnson’s electoral prospects.

Paul Whiteley is a Professor in the Department of Government at the University of Essex. Harold D Clarke is the Ashbel Smith Professor, School of Economic, Political and Policy Sciences, University of Texas at Dallas.