The Nimitz-Class Aircraft Carrier is the Foundation of the Modern U.S. Navy 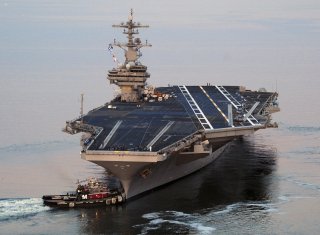 Here's What You Need to Remember: Although nuclear-powered carriers have a maximum official speed of thirty-plus knots, their true speed is suspected to be considerably faster. Nimitz and her sister ships can accelerate and decelerate more quickly than a conventional ship, and can cruise indefinitely.