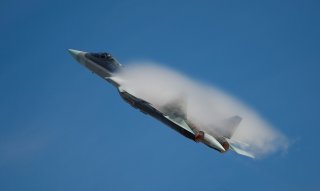 Here's What You Need To Remember: Algerian law requires that any new aircraft the military imports be flight-tested in Algeria. “The Russians would never let their customers from abroad do something like weapons-testing in Russia,” Cooper explained. “This is something they [the Russians] must always do at home.”

Rumors circulated in late December 2019 that Algeria had inked a contract with Russia to become the first export customer of the Su-57 stealth fighter.

Be skeptical. The Su-57 hasn’t completed flight testing and lacks key systems. Production of the radar-evading, twin-engine fighter has proved difficult to scale. Sukhoi likely will struggle to fill, on time, Russia’s own orders for the type. Never mind building Su-57s for Algeria, too.

Mena Defense with a Dec. 27, 2019 story helped to legitimize the rumors. “It is now almost official, Algeria has inked a contract for the acquisition of 14 Su-57 stealth fighters and becomes the first customer to whom the manufacturer Sukhoi will export this more advanced Russian fighter,” the story stated.

The contract should be completed by 2025, by this deadline the Algerian army will deploy two wings of Su-30MKA, one squadron of Su-57, one of Su-35 and one of MiG-29M2 for air domination, two squadrons of upgraded Su-24 and one of Su-34 for the bomber fleet. The transformation of the pilots will be done on board the Yak-130.

Notably, no Russian source has confirmed the purported contract signing. That alone is reason to be wary of the Algerian Su-57 claim. Tom Cooper, an author and expert on Russian warplanes, explained to The Aviation Geek Club several other reasons to be skeptical.

Also, as Cooper pointed out, Algerian law requires that any new aircraft the military imports be flight-tested in Algeria. “The Russians would never let their customers from abroad do something like weapons-testing in Russia,” Cooper explained. “This is something they [the Russians] must always do at home.”

As Russia likely never would release the Su-57 for testing in Algeria, the Algerian air force would have to break the law in order to acquire the type.

More broadly, the Su-57 simply isn’t ready for export. The Russian air force possesses just a dozen or so of the type, which flew for the first time in 2010 but has suffered from a dearth of funding and the collapse of a co-development deal with India. One of the prototype Su-57s crashed in late December 2019.

Turkey has expressed interest in buying the type after Ankara’s insistence on acquiring Russian-made air-defense systems got it kicked out of the American-led F-35 program. Moscow has touted the United Arab Emirates as another potential buyer. These possible sales obviously incentivize Russia to portray the Su-57 as an operational warplane. Algeria is just the latest country to play a role in the Su-57’s mostly fictional drama.

But for all the drama of its de facto cancelation then restart and for all the talk of exports, the Su-57 program remains under-funded and under-developed. It’s one thing for Russia to announce an order for 48 more of the fighters. It’s another for the government actually to pay for the planes, and for Sukhoi actually to build them. Exports in the near term, to Algeria or any other country, are even less likely.