No Battleships: Why Iran Doubled Down on Small Killer Boats 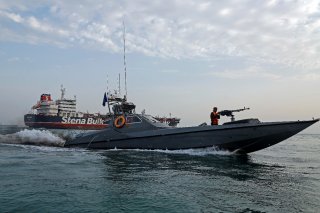 Here's What You Need to Remember: The little vehicles probably aren’t intended to strike the enemy directly, but instead would enable Iran’s asymmetric naval strategy to shut down the Strait of Hormuz in the event of a new conflict in the Persian Gulf. Tehran realizes its naval forces don’t have the survivability or firepower to slug it out with adversaries in a head-on engagement.