No Competitor: The F-15EX Fighter Will Bring Out the F-35’s Best 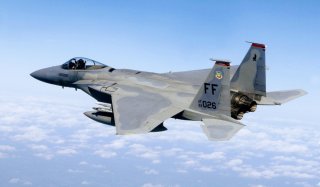 Here's What You Need To Remember: In a future air fight, it’s possible that the more stealthy F-35A could get closer to enemies, spot them, then relay targeting data back to F-15Xs, which could launch the missiles at threats from a safe distance. The US military has embraced this kind of networked warfare as a whole, and the strengths of the F-15X and F-35A complement each other in such an environment.

Charlie Gao studied political and computer science at Grinnell College and is a frequent commentator on defense and national-security issues. This article is being republished due to reader interest.