No, Diversity Pledges Won't End Bias in the Workplace 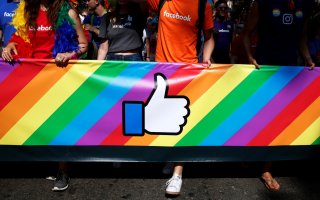 Dozens of companies, from Apple to Zappos, have reacted to George Floyd’s killing and the protests that followed by pledging to make their workforces more diverse.

While commendable, to me it feels a bit like deja vu. Back in 2014, a host of tech companies made similar commitments to diversify their ranks. Their latest reports – which they release annually – show they’ve made little progress.

Why have their efforts largely failed? Were they just empty promises?

As a gender diversity scholar, I explored these questions in my recent paper published in the Stanford Technology Law Review. The problem is not a lack of commitment but what social scientists call “unconscious bias.”

Today’s efforts to promote diversity are certainly more specific than the tech industry’s vague promises in 2014.

In 2020, sports apparel maker Adidas pledged to fill at least 30% of all open positions with Black or Latino candidates. Cosmetics company Estée Lauder promised to make sure the share of Black people it employs mirrors their percentage of the U.S. population within five years. And Facebook vowed to double its number of Black and Latino employees within three years.

Companies have also committed at least US$1 billion in money and resources to fight the broader societal scourge of racism and support Black Americans and people of color more broadly.

Unfortunately, if past experience is any indication, good intentions and public pledges will not be enough to tackle the problem of the underrepresentation of women and people of color in most companies.

In 2014, Google, Facebook, Apple and other tech companies began publishing diversity reports after software engineer Tracy Chao, investor Ellen Pao and others called attention to Silicon Valley’s white male-dominated, misogynistic culture. The numbers weren’t pretty, and so one by one, they all made public commitments to diversity with promises of money, partnerships, training and mentorship programs.

Yet, half a decade later, their latest reports reveal, in embarrassing detail, how little things have changed, especially for underrepresented minorities. For example, at Apple, the share of women in tech jobs rose from 20% in 2014 to 23% in 2018, while the percentage of Black workers in those roles remained flat at 6%. Google managed to increase the share of women in such jobs to 24% in 2020 from 17% in 2014, yet only 2.4% of these tech roles are filled by Black workers, up from 1.5% in 2014. Even companies that have made more progress, such as Twitter, still have far to go to achieve meaningful representation.

I believe one of the reasons for the lack of progress is that two of their main methods, diversity training and mentoring, were flawed. Training can actually harm workplace relationships, while mentoring places the burden of changing the system on those disadvantaged by it and with the least influence over it.

More importantly, however, you can not solve the problem of diversity – no matter how much money you throw at it – without a thorough understanding of its source: faulty human decision-making.

A problem of bias

My research, which relies on the behavioral work of Nobel Prize winner Daniel Kahneman, explains that because humans are unaware of their unconscious biases, most underestimate their impact on the decisions they make.

People tend to believe they make hiring or other business decisions based on facts or merit alone, despite loads of evidence showing that decisions tend to be subjective, inconsistent and subject to mental shortcuts, known to psychologists as heuristics.

Male-dominated industries, such as tech, finance and engineering, tend to keep hiring the same types of employees and promoting the same types of workers due to their preference for applicants who match the stereotype of who belongs in these roles – a phenomenon known as representative bias. This perpetuates the status quo that keeps men in prime positions and prevents women and underrepresented minorities from gaining a foothold.

This problem is amplified by confirmation bias and the validity illusion, which lead us to be overconfident in our predictions and decisions – despite ample research demonstrating how poorly humans are at forecasting events.

By failing to make objective decisions in the hiring process, the system just repeats itself over and over.

How AI can overcome bias

Advances in artificial intelligence, however, offer a way to overcome these biases by making hiring decisions more objective and consistent.

One way is by anonymizing the interview process.

Studies have found that simply replacing female names with male names on resumes results in improving the odds of a woman being hired by 61%. AI could help ensure an applicant isn’t culled early in the vetting process due to gender or race in a number of ways. For example, code could be written that removes certain identifying features from resumes. Or a company could use neuroscience games – which help match candidate skills and cognitive traits to the needs of jobs – as an unbiased gatekeeper.

Another roadblock is job descriptions, which can be worded in a way that results in fewer applicants from diverse backgrounds. AI is able to identify and remove biased language before the ad is even posted.

Some companies have already made strides hiring women and underrepresented minorities this way. For example, Unilever has had fantastic success improving the diversity of its workforce by employing a number of AI technologies in the recruitment process, including using a chatbot to carry on automated “conversations” with applicants. Earlier this year, the maker of Ben & Jerry’s ice cream and Vaseline jelly said it achieved perfect parity between women and men in management positions, up from 38% a decade earlier.

Accenture, which ranked number one in 2019 among more than 7,000 companies around the world on an index of diversity and inclusion, utilizes AI in its online assessments of job applicants. Women now make up 38% of its U.S. workforce, up from 36% in 2015, while African Americans rose to 9.3% from 7.6%.

Garbage in, garbage out

Of course, AI is only as good as the data and design that go into it.

We know that biases can be introduced in the choices programmers make when creating an algorithm, how information is labeled and even in the very data sets that AI relies upon. A 2018 study found that a poorly designed facial recognition algorithm had an error rate as high as 34% for identifying darker-skinned women, compared with 1% for light-skinned men.

Fortunately, bias in AI can be mitigated – and remedied when problems are discovered – through its responsible use, which requires balanced and inclusive data sets, the ability to peer inside its “black box” and the recruitment of a diverse group of programmers to build these programs. Additionally, algorithmic outcomes can be monitored and audited for bias and accuracy.

But that really is the point. You can take the bias out of AI – but you can’t remove it from humans.