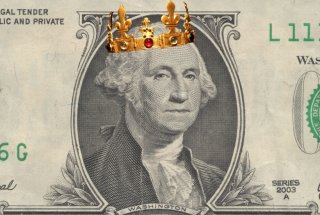 They may not be seen as traditional coronavirus stimulus checks, but federal enhanced jobless benefits of $300 per week have been a lifesaver for many struggling families.

But now, more than two dozen Republican governors say such government-issued assistance must end—with four states taking concrete action as early as this week. For those states that will continue with the enhanced benefits, they will run till early September, as President Joe Biden’s American Rescue Plan had intended.

Most Republican governors, though, are contending that the enhanced weekly unemployment checks are keeping individuals out of the workforce. Some states like Arizona and New Hampshire are even offering financial incentives to those who eventually accept a job.

Despite the end of such enhanced benefits in those states, know that there is indeed other financial help on the way.

The Internal Revenue Service announced this past weekend that nearly three million refunds from 2020 unemployment benefits were sent out to eligible Americans. The agency has confirmed that, to date, it has reviewed more than 3.1 million returns—with more than 2.8 million receiving refunds.

Also, in about a month, the first batches of the expanded child tax credits will begin landing in bank accounts of eligible parents. The White House has said that these credits will benefit nearly forty million American families. Depending on the number and ages of the children in a household, eligible parents are in line to net a $250 or $300 payment each month through the end of the year.

Finally, there is a high likelihood that tax refunds are running late, but the IRS has assured the public that all of the checks will eventually be sent out. The average wait for a refund this year has been about six to eight weeks, much longer than the typical wait time of three weeks or less.