No October Surprises: American Media Has Learned from 2016 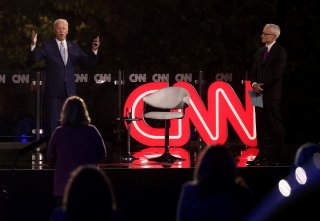 With the US presidential election drawing to a close, everyone, it seems, is absorbing the lessons from the surprising 2016 contest.

Democrats, scarred by the memory of Hillary Clinton’s shocking 2016 defeat, are gaming out all the scenarios for how former vice-president Joe Biden might still lose or how Trump might cheat his way to victory. And Republicans, buoyed by the result four years ago, are largely ignoring the bleak polls and touting their superior ‘ground game’ to get likely Trump supporters to the voting booths.

The memory of the 2016 election has also altered the way journalists covered this year’s race, producing some long overdue changes while raising questions about the proper role of the traditional, or legacy, media in the hyperkinetic digital news cycle.

First, television networks no longer provide live coverage of Trump’s raucous campaign rallies. During the 2016 campaign, those rollicking red-draped rallies—with Trump supporters in ‘Make America Great Again’ caps chanting ‘Lock her up!’ and ‘Build that wall!’—were staples of cable television, and for Trump amounted to free airtime. Now, the rallies are covered live only by Fox News, whose viewers are already the president’s faithful.

Starting in 2015, when Trump descended the escalator in his gold-plated Trump Tower and announced his candidacy, the media treated ‘The Trump Show’ as an entertainment bonanza that captured audiences’ attention and boosted ratings and clicks. Journalists who covered political campaigns had never encountered anything like the smash-mouth, smack-talking New Yorker who insulted his rivals with belittling nicknames (‘Little Marco!’, ‘Lyin’ Ted!’), boasted of his own super-genius and touted his poll numbers more than any coherent policies.

Trump, who became a star of reality television playing the role of a braggadocious billionaire shouting ‘You’re fired!’, played to the audience, and the media became his enablers. This time, no longer.

Second, journalists have become more willing to call out Trump’s untrue statements as lies, including to his face when he sits for interviews outside his Fox News bubble.

In 2016, journalists were caught flat-footed and unable to respond to a politician—much less a presidential candidate—who made statements that were demonstrably false. In established newspapers like the New York Times, the Washington Post and the Wall Street Journal, it was considered uncivil to use the word ‘lie’, since that implied intent to deceive on the part of the speaker.

In September 2016, the New York Times caused major media shockwaves the first time it used the word ‘lie’ in a headline, about Trump’s repeated peddling of the debunked conspiracy theory that former president Barack Obama was not born in the United States. The use of the word ‘lie’ was seen as crossing a journalistic Rubicon, and the headline was the source of a lengthy defence by the Times’ public editor, the executive editor went on the air to explain it, and media analysts spent weeks debating it.

Since then, Trump’s presidency—and his avalanche of untruths—has caused a rethinking in the media. His lies are now called out in real time, and journalists have dispensed with some of the traditional niceties to give readers and viewers a more accurate picture with real-time fact-checking.

This year, during one of the White House televised briefings on the coronavirus pandemic, a CNN chyron declared, ‘Angry Trump turns briefing into propaganda session’. Another read, ‘Trump uses task force briefing to try and rewrite history on coronavirus response’.

The few times Trump has ventured out of his Fox News media comfort zone to be questioned by hard-nosed journalists, the president has found himself challenged in real time for his lies, exaggerations and distortions.

When Trump tried to get away with telling Axios reporter Jonathan Swan that the reporter didn’t know the real coronavirus death toll in South Korea, Swan shot back, ‘I do!’ When Trump insisted to 60 Minutes veteran correspondent Lesley Stahl that he had built the greatest economy in history, she replied bluntly and accurately, ‘That’s not true.’ Trump was so flummoxed and angered he cut the interview short.

Even the social media giants have, belatedly, become wiser, blocking some of Trump’s posts that they say violate their standards and peddle inaccurate information. For example, Facebook and Twitter in October took action against misleading Trump tweets saying the Covid-19 disease was less lethal than the common flu. Facebook removed it entirely and Twitter moved it behind a note saying it violated the company’s policy against disinformation.

Critics—mostly Trump supporters and conservative activists—complain that journalists and social media companies should not be the arbiters of truth, and that their calling out of Trump’s statements, or deleting his posts, amounts to a form of censorship. I believe such truth-telling is long overdue.

The media’s third big lesson this campaign cycle is that, unlike in 2016, journalists for mainstream outlets have shown a welcome new discipline in not taking and amplifying the unfounded conspiracy theories that swirl around in the Fox News and social media swamp.

Four years ago, the most baseless right-wing conspiracy theories often made their way into mainstream media publications—that Hillary Clinton’s emails contained incriminating information, that she had committed serious crimes or was suffering from a hidden, debilitating illness, and that the election was being rigged. Often, reputable publications were merely reporting the existence of the theories. But even repeating them added traction, and likely confused voters as to what was true and what was false.

Now the media has resisted following the breathless reporting in the tabloid New York Post and on Fox News—both owned by Rupert Murdoch—that newly unearthed emails allegedly from Biden’s son Hunter and supposedly found on a laptop contain evidence of malfeasance implicating the Democratic candidate. Trump and his allies have become angry and frustrated that legacy media have rightly given the story a pass, robbing them of an ‘October surprise’ scandal.

Finally, the media this cycle appears to have dispensed with the notion of creating false equivalencies.

In 2016, journalists’ concern with maintaining objectivity meant that most articles about Trump’s financial entanglements and his refusal to release his tax returns included the requisite paragraphs noting concerns about foreign donations to the Clinton Foundation. Stories about Trump’s history of making degrading comments about women—including his recorded remarks bragging about grabbing women’s private parts—were always balanced against a recounting of former president Bill Clinton’s affairs with a White House intern. Trump was clearly unfit for office—but Hillary used a private email server!

This misguided attempt at ‘balance’ likely led to voter confusion. Both candidates were viewed as equally compromised and corrupt. Trump won largely because voters eventually decided there was little difference between the two, so it was better to take a chance on the unknown candidate with no background in politics and a head for business.

Maybe it took four years of political disruption and dysfunction, a pandemic that has claimed more than 230,000 American lives and the worst economic collapse since the Great Depression. But it seems that the mainstream media in the US, which functioned as Trump’s unwitting enablers in 2016, have finally rediscovered their rightful role: to be the country’s gatekeepers against baseless conspiracy theories, to filter out truth from lies, and to hold the powerful accountable for the actions, or their ineptitude.

This article first appeared on The Strategist, a publication of the Australian Strategic Policy Institute.