No One Wants to Mess with America’s M270 Rocket Launcher 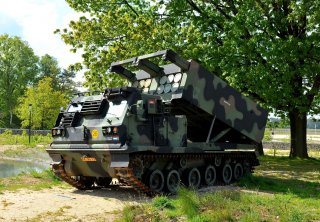 Here's What You Need To Remember: Unlike traditional gun artillery, which used a powder charge to propel a shell through a gun tube, an artillery rocket uses a continuously burning rocket motor to travel to target.