"No Physical Injuries" Minimizes the Emotional Trauma of Assault Survivors 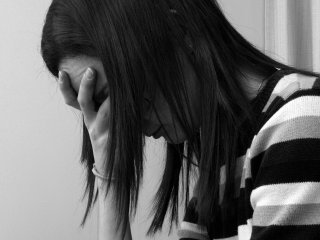 In August 2020, a woman walking along a neighbourhood street in my hometown of London, Ont., was the target of gender-based violence by a man believed to have committed similar violence against another woman six days earlier.

Such incidents are far too common and likely under-reported, but when they do garner media coverage, the stories consistently include a line that I highlight here, verbatim from the news report:

“The woman did not suffer any physical injuries.”

This statement, or one to that effect, appears to be a standard concluding line of reports about assault. While perhaps intended to comfort readers, I suggest it is dismissive of the full impact of the wounds suffered and call on reporters to immediately cease such language.

Both physical and emotional wounds

I am a pain, stress and trauma researcher at Western University. I have spent the past 15 years exploring the long-term impacts of trauma. My focus has largely been on physical trauma — things like car crashes, workplace, home or sports injuries and their physical, emotional and social consequences.

One of the many things I have learned from this work is that those who develop chronic health problems following trauma — whether the problems are persistent pain, depression, disability or post-traumatic stress disorder — can rarely be predicted by the severity of the physical injuries.

While I don’t doubt that police statements regarding survivors’ lack of physical injuries are largely accurate, the inference that the violence was therefore less serious is problematic. In any such experience, there are physical wounds and emotional wounds.

Assault or gender-based violence is a trauma. The wounds experienced go beyond the visible skin, bone and tissues. They impact directly on the psyche, and they are very real.

It is past time that we acknowledge that the psychological wounds from trauma and violence — whether it’s sexual, emotional, physical, financial, social or otherwise — can manifest themselves in myriad ways on a person’s future. These are challenging to connect and are often hidden to both the survivors themselves and others in their lives.

However, acknowledgement of these connections seems paramount to improving access to compassionate post-trauma care. Dismissing gender-based violence or trauma as less serious because of a lack of visible physical injuries interferes with the survivor’s ability to access adequate supports for current and future mental or physical health challenges. Research also shows that the often invisible nature of post-trauma consequences can result in experiences of stigma, self-doubt and shame.

I have heard from survivors who were not encouraged to, or felt they should not, seek medical care when the police dismissed their assault as less problematic owing to the lack of obvious physical injury.

Similarly, many people with chronic post-trauma pain are often afraid to report it because of their lack of visible physical injuries.

The result, I believe, is that the survivor’s experience of trauma is harmfully minimized. I also believe such language has contributed to the broad-based stigma around mental health and removes the ability of survivors to feel, express and seek support during times of distress and vulnerability.

While I have no interest in over-pathologizing the experience, it strikes me that we never hear news stories of these same people 10 years later. We never hear or read a followup, detailing nightmares and sleepless nights, the chronic pain, sexual dysfunction, depressed mood or financial stresses since encountered by survivors.

I suspect these stories would make reports of gender-based violence far more difficult to hear. But they need to be heard.

I call for an ethic of empathy in reports from the media and police. At a time when empathy for one’s neighbour, community, and world seem in short supply, changing a few words in these all-too-common news releases and media reports feels like a good first step.

I would personally be more comforted if such reports closed with:

“The survivor was cleared of physical injuries by medical personnel and has been offered appropriate emotional and social support.”

This of course demands that appropriate emotional supports be available for trauma survivors, in which much of Canada appears to fall short. Recognition of the long-term consequences and supports needed could be an effective means to pressure governments and other decision-makers to ensure adequate funding of social, emotional and mental health services.

By ignoring these, we too often leave survivors to manage the long-term suffering on their own.