No Stealth for You: What if the F-22 Raptor Was Never Built? 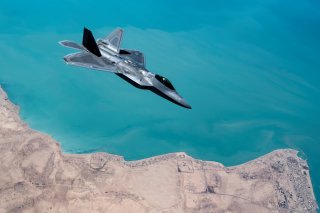 Here's What You Need To Remember: The F-22 was an enormous leap from the F-15 - and had the costs to go with it. If the Pentagon had decided to save money by refurbishing and improving older F-15s instead, would America be less safe? The answer: probably not.

Robert Farley, a frequent contributor to TNI, is a Visiting Professor at the United States Army War College. The views expressed are those of the author and do not necessarily reflect the official policy or position of the Department of the Army, Department of Defense, or the U.S. Government. This article first appeared in 2018.