No Tax Refund and Stimulus Check Just Yet? Blame This Guy. 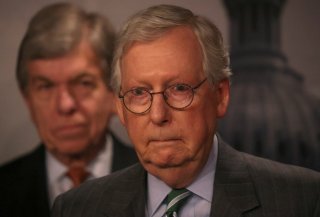 Here's What You Need to Remember: “The IRS has had insufficient resources to meet enforcement and administrative challenges and to deliver customer service to taxpayers,” Mark Mazur, deputy assistant secretary for tax policy at the Treasury Department, said Thursday during a House meeting.

The report indicated that among those flagged, 1.9 million were marked for identity screening.

Although that’s a massive amount of flagged tax refunds, most of the returns aren’t fraudulent, according to the Taxpayer Advocate Service, an independent entity within the IRS. Sixty-three percent of the pinned refunds for identity theft ended up being legitimate.

If the IRS suspects fraudulent behavior, the agency will mail letters to those taxpayers. The IRS can’t process the tax return or send out a refund until the agency receives a response from the taxpayer.

But the flagged tax returns for identity theft have triggered a swirl of refund and stimulus payment delays, as roughly 18 percent of the refunds suspected for identity verification took more than 120 days to arrive, the Taxpayer Advocate Service reported. It typically takes up to 21 days for online filers to see their refund or six weeks for mailed returns.

“Identity theft has been on this upward curve since 2005,” Nina Olson, executive director and founder of the Center for Taxpayer Rights, told CNBC. “It’s a huge issue. And thieves are getting smarter.”

In 2019, the agency’s measures to seek out fraudulent behavior protected nearly $3.5 billion in revenue.

“We understand the concerns of how refund delays can impact taxpayers, and we continue to collaborate with internal and external partners to refine and automate refund fraud filters where appropriate,” the IRS said following the release of a Taxpayer Advocate Service report to Congress last year.

But for taxpayers, verifying their identity online has some uphill battles, as less than half succeeded last year. If taxpayers face issues through the online verification process, they must then meet with an IRS agent by phone or in person to resolve the issue. Right now, however, there isn’t enough staffing for the agency to manage meetings with concerned taxpayers efficiently.

The IRS also lacks advanced technology to help mitigate the issue, as the system requires all manual fixes, rather than updating automatically.

“The IRS has had insufficient resources to meet enforcement and administrative challenges and to deliver customer service to taxpayers,” Mark Mazur, deputy assistant secretary for tax policy at the Treasury Department, said Thursday during a House meeting.

Other reasons for tax refund and stimulus check delays are likely due to the impacts of the coronavirus pandemic since the IRS had to shutter in-person operations for several months, according to Olson.