Non-NATO Finland Once Landed a Fighter Jet on a U.S. Aircraft Carrier 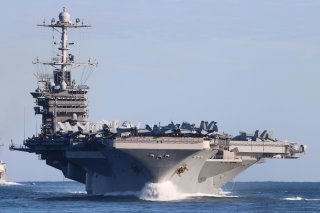 Here's What You Need to Know: The Finnish navy has no need for carriers, and its reason for existence is primarily coastal defense provided by a small fleet of minelaying and fast-attack craft.

Nimitz-class aircraft carriers — with two exceptions, the Ronald Reagan and George H.W. Bush — have four arresting wires, or cables. Catching the third cable is safest, but the snagging the second one isn’t bad.