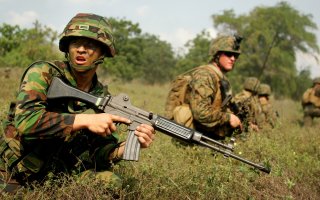 Here's What You Need to Know: This domestically-made rifle can pack a punch.