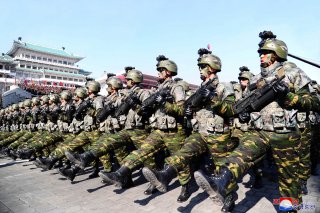 Here's What You Need To Remember: It is said that "you can't manufacture special forces" - that is, their quantity and their quality are inversely related. And, to be sure, North Korea's special forces units are likely nowhere near as dangerous as America's or South Korea's. But that doesn't mean they should be disregarded altogether.

Kyle Mizokami is a defense and national-security writer based in San Francisco who has appeared in the Diplomat, Foreign Policy, War is Boring and the Daily Beast. In 2009, he cofounded the defense and security blog Japan Security Watch. You can follow him on Twitter: @KyleMizokami.This article first appeared several years ago.