North Korea Owes Its Military Might to the Soviet Union 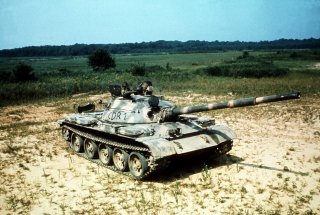 Here’s What You Need to Remember: There is little historical question that North Korea’s defense industry was not only founded and sustained by direct Soviet military-technological transfers over a period of half a century, but that Soviet and Soviet-licensed hardware continues to be a pillar of North Korea’s current military equipment roster.