Is the North Korean Army Still Leaning on Outdated Tactics? 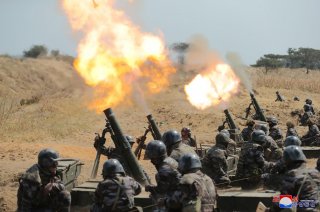 Here's What You Need to Know: The Korean War of 1950 heavily influenced North Korea's doctrine and training, but those ideas may now be outdated by technologies fielded by modern militaries.