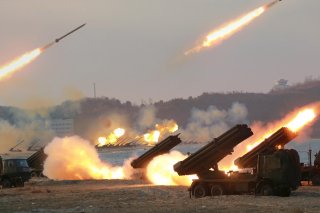 Here's What You Need to Know: The U.S. Army has deployed Patriot and Terminal High Altitude Area Defense anti-air missile systems in South Korea in order to protect allied forces. But Patriot and THAAD are of limited use against a low- and fast-flying artillery rocket.