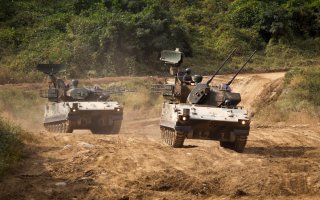 Here's What You Need to Know: South Korea is far from helpless without American support.