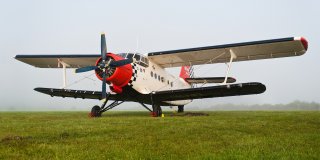 Here's What You Need To Remember: Surging dozens or hundreds of difficult-to-detect An-2s could easily overwhelm the air defenses on the DMZ, even if the losses sustained in doing so might be considered unacceptable to a Western military mentality.

The An-2 will remain in service for many more years in the twenty-first century, largely in peaceful civilian roles. Hopefully, a bloody conflict on the Korean Peninsula will not become part of its colorful history.