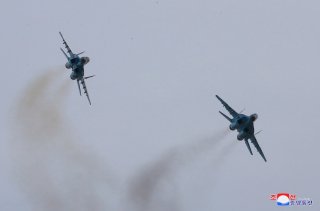 Here's What You Need To Remember: As the Japanese demonstrated during the Second World War, there is no better weapons guidance system than a kamikaze pilot. Indeed, while J-5 and J-6 are basically useless as fighters, they would be great cruise missiles loaded up with bombs on a one-way trip.