North Korea's Arsenal: With Guns like These, Who Needs Enemies? 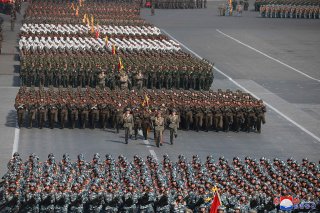 Infantry weapons have long been a pillar of the North Korean People’s Army, or KPA for short. The KPA that invaded South Korea was largely an infantry army, and despite significant mechanization in the 1970s, the foundation of the army has been its infantry forces. Today, the bulk of the KPA’s 1.1 million army is infantry, with approximately 200,000 light infantry and special forces.

A new rifle, the Type 68, was a clone of the Soviet AKM assault rifle and manufactured beginning in 1968. In practical terms, the Type 68 had few major improvements over the Type 58, although it did come with a folding stock. The Type 68 was also extensively exported abroad, to El Salvadoran Marxist guerrillas and across Central and South America. These rifles are also likely still in service with reservists and rear-area units, as North Korea is undoubtedly still sitting on a considerable supply of 7.62 rifle ammunition.