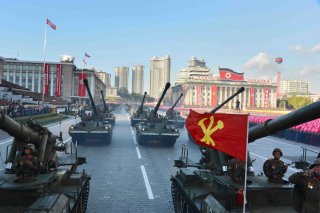 Here's What You Need to Remember: In the 21st century, that role has instead fallen to a People’s Republic of China that has been increasingly active in asserting its geopolitical interests in the East Asia region.

Mark Episkopos is a frequent contributor to The National Interest and serves as research assistant at the Center for the National Interest. Mark is also a PhD student in History at American University. This first appeared in 2019 and is being republished due to reader interest.