North Korea's Secret Weapon Is Underneath the Surface 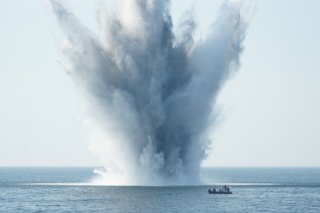 Here’s What You Need to Remember: In February 1951, the port was subject to a U.N. naval blockade that would become the longest in modern history. During the 861-day long blockade, three more small boats were sunk by mines.

This article first appeared in September 2019 and is being reprinted for reader interest.