North Vietnam’s Victory Was Just a Matter of Time 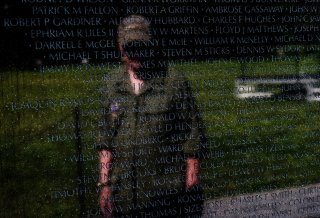 Here’s What You Need to Remember: With the advent of a new air campaign against ISIS, American involvement in the Iraq War appears to have rekindled.  If we take the assurances of the President seriously, this iteration of the war will not include American ground forces, instead concentrating almost exclusively on airpower.

Certainly, lots of people believed so at the time. While the U.S. Air Force may have viewed the Rolling Thunder campaign as sub-optimal, given its desire to attack a much wider range of targets, the commanders at the time viewed it as an opportunity to show that the service could win a war on its own.  Taking a look at the strategic, tactical, and joint aspects of the use of airpower in Vietnam, we can get to an answer of “Maybe, but…” with an emphasis on the “but.” The United States could have used airpower more effectively in Vietnam than it did, but even the most efficient plans likely could not have saved the Saigon regime.

Debate over Linebacker II, the final strategic bombing offensive of the Vietnam War, continues in both Vietnam and the United States.  At most, the offensive produced a willingness on the part of Hanoi to temporarily moderate its efforts to destroy the Saigon regime.  More likely, it simply sent a misleading message of U.S. commitment to Saigon.

Airpower is bigger than the Air Force, and involves more than just airstrikes. The Vietnam War saw the first large-scale development of the concept of air mobility, the idea that aircraft could make ground forces mobile and effective in tactical, as well as operational and strategic, contexts.  The air mobility revolution in the US Army involved taking advantage of control of the air to move (comparatively) huge numbers of fighting men over great distances in a short period of time.

The tactical problem of insurgency lies in the inability of conventional armies to put firepower on insurgents.  Guerrillas attack when they have the advantage, then disappear either into the population or the countryside.  The U.S. Army sought to solve this problem by using helicopters and light aircraft to make infantry more mobile.  Helicopter-borne troops could deploy quickly to battle zones, and could even supply fire support for engaged forces.

The U.S. Army enjoyed a great deal of success with its airborne forces in the Vietnam War, but this success never extended beyond the tactical and operational.  Moreover, the U.S. Army could not create the conditions under which South Vietnamese forces could replicate this success.  Finally, bitter inter-service conflict between the Army and the Air Force over control of helicopters, light transport aircraft, and close air support limited the ability of the United States to take full advantage of its mobility. A more concerted effort (or a different organizational structure) might have improved U.S. efforts somewhat, but could not have completely reorganized the Army of the Republic of Vietnam (ARVN), or completely eliminated the advantages enjoyed by Communist forces.

The U.S. Navy and U.S. Air Force enjoyed their greatest success of the Vietnam War in the Linebacker I operation of spring 1972.  North Vietnam launched what it hoped would be a war-winning conventional offensive of the South, designed to shatter Saigon’s armies and force a political collapse.  The invasion failed, in large part because of the effectiveness of U.S. airpower at destroying the People’s Army of Vietnam (PAVN) units and interdicting their logistics.  U.S. air attacks cut the heart out of the invasion, resulting in a catastrophic defeat for the North.

Used effectively, airpower can stop conventional military offensives.  However, it could not resolve the fundamental political problems that made South Vietnam vulnerable to the North.  Airpower could neither destroy North Vietnamese commitment to unification nor sufficiently strengthen the Saigon regime’s ability to control its own territory.  Without changing these basic factors, North Vietnam’s victory was just a matter of time.

This article was first published in 2014.