Not Enough: Should the Child Tax Credit Be Bigger? 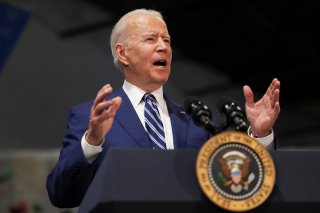 Here's What You Need to Remember: President Biden has already proposed to extend it until 2025, and Treasury Secretary Janet Yellen has come out in favor of making it permanent. Commentators have pointed to the program’s popularity and suggested that if it were in effect for a longer period of time, popular demand would force fiscal conservatives to continue to allow it.

The first of six payments of the expanded Child Tax Credit are now on their way to more than $35 million households across the United States. Each of the six checks contains $250 in aid for children six years old and older and $300 for children five years old and under. Also, when it comes time to file taxes in April 2022, an additional $1,500 and $1,800 can be claimed for each group. The families that will receive the payments contain roughly 90 percent of all children in the United States; most of the remaining ten percent have parents who are too wealthy for the income cut-off.

The increase in the Child Tax Credit has been one of President Joe Biden’s most popular incentives since he took office in January. Experts have estimated that it will halve child poverty in the United States, and although the program is only set to continue at its current level for one year, it has already drawn comparisons to larger social welfare programs such as Social Security and Medicare.

In fact, some critics have alleged that the payments do not go far enough. Observers have contended that the United States provides a number of tax incentives across topics, including subsidies on retirement savings, home purchases, and the use of electric cars. An op-ed published by the New York Times noted that the tax credit for purchasing an electric car was four times larger than the Child Tax Credit for an average family. The IRS had great difficulty in distributing money to poor families that did not file tax returns and therefore were not already present in the IRS database, according to the op-ed.

The same column expressed worries about the long-term durability of the increased Child Tax Credit. The program was passed as an emergency aid program for families suffering from the effects of the pandemic; after the coronavirus crisis ends, the credit will return to its pre-pandemic level of $2,000 per year. Crucially, the post-pandemic tax credit will probably also be non-refundable, meaning that it only counts against a family’s taxes; if a family pays no income tax, as many poor families do not, the tax credit will be worthless.

These issues could be ironed out if the increased Child Tax Credit remained in effect for additional years. President Biden has already proposed to extend it until 2025, and Treasury Secretary Janet Yellen has come out in favor of making it permanent. Commentators have pointed to the program’s popularity and suggested that if it were in effect for a longer period of time, popular demand would force fiscal conservatives to continue to allow it.

Whether or not this will actually happen, though, remains to be seen.