Not Just Trump: New Zealand Must Take a Firmer Stand Against Threats to Democracy 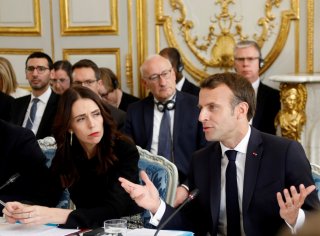 America is currently experiencing its worst political and constitutional crisis since the civil war when the very survival of Abraham Lincoln’s government “of, by and for the people” was at stake.

The pro-Trump riot left five people dead, caused considerable damage and forced the Electoral College to suspend its work to finalise Biden’s election win until the early hours of January 7.

A week later, Donald Trump became the first president to be impeached twice, as 222 Democrats and ten Republicans in the House of Representatives voted to indict him for inciting the riot.

New Zealand’s response should be stronger

If democracy is now in the balance in the US, however, it is important to recognise the consequences go far beyond American shores. So far, the response of New Zealand’s Labour government has not matched the gravity of the unfolding political crisis in America.

Commenting on the Capitol Hill riot, Prime Minister Jacinda Ardern said “what is happening is wrong” and that “the right of people to exercise a vote […] should never be undone by a mob”. “I have no doubt democracy will prevail,” she added.

This was a welcome but somewhat formal statement of support of liberal principles for a superpower that had just witnessed a major assault on its democratic institutions.

Because this grave political crisis is far from over. Around 74 million Americans voted for Donald Trump and 45% of Republican voters indicated in a recent poll that the storming of the Capitol was justified. Clearly, a relatively large number of Americans believe Trump’s claim that the “deep state” has denied him power.

Trumpism will not go away

Warnings by the FBI about more political conflict in the country look credible. The number of guns in private hands is staggeringly high in the US, with weapons sales going through the roof in 2020.

Statehouses around the country and Capitol Hill before and on Inauguration Day (January 20) remain possible targets for protests by large numbers of armed pro-Trump supporters, some of whom have said they are prepared to die to prevent Biden becoming the next president.

Extraordinary security preparations led by the Secret Service are underway for the inauguration in Washington DC, involving more than 20,000 National Guard troops, thousands of police, and eight-foot high steel fencing.

There may also be a significant number of people in law enforcement, military and security roles who have violent white supremacist sympathies that could compromise any effort by the federal authorities to deal with the outbreak of political violence.

US authorities are reported to be conducting insider-threat screening on the National Guard troops arriving to secure the capital amid growing suspicions that some Republican lawmakers provided tours around the Capitol complex for certain groups that subsequently participated in the riots.

The warning of Christchurch

While the Ardern government’s stance so far reflects the traditional diplomatic norms of non-interference in the domestic affairs of another sovereign state, such concern is misplaced in this context.

The threat presented by violent white supremacists is not confined to the US. It should not be forgotten that less than two years ago New Zealand experienced the worst terrorist atrocity in its history when an Australian white supremacist murdered 51 at two mosques in Christchurch.

The Christchurch shooter was motivated in part by the racist and white nationalist views circulating in certain forums on social media and largely shared by those members of the US extreme right associated with the Capitol Hill rampage.

New Zealand and other liberal democracies should stop assuming the new Biden administration can fix a transnational problem like white supremacist terror on its own.

In today’s globalised world, all states are confronted by security, economic, environmental and health challenges that do not respect territorial borders and cannot be resolved unilaterally by great powers.

The incoming Biden administration has signalled it wants to expand international cooperation to address shared problems. It clearly has a high regard for Ardern’s leadership after her compassionate and decisive handling of the Christchurch terrorist atrocity and the COVID-19 pandemic.

At this critical time, therefore, it is important the prime minister and Foreign Minister Nanaia Mahuta use New Zealand’s enhanced global profile to play a more active role in challenging the narrative of hate, racism and intolerance that threatens the US and other liberal democracies.

In particular, the New Zealand government needs to speak out clearly and firmly against Trump’s refusal to accept the legitimacy of a democratic election, which has done so much to bolster the cause of extreme white nationalism.

Unless New Zealand and other like-minded states are prepared to do more in the battle of ideas with Trumpism, there is no guarantee democracy will prevail in this struggle.