Not Science Fiction: The U.S. Navy Wants Railguns (That Can Kill Mountains) 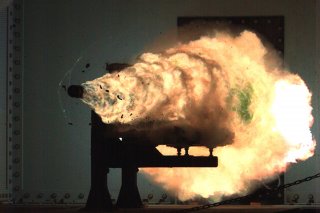 Key Point: Most of the key technologies behind railguns—which have until now mostly been in the realm of science fiction—have been unlocked.

This article first appeared several years ago and is reprinted due to reader interest.