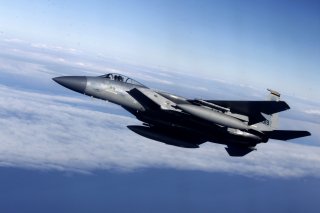 Here's What You Need to Remember: The Defense Department compelled the Air Force to request eight F-15EXs as part of the flying branch's 2020 budget request. The eight planes would cost $1.2 billion.

David Axe served as Defense Editor of the National Interest. He is the author of the graphic novels War Fix, War Is Boring and Machete Squad. This first appeared in April 2019 and is being republished due to reader interest.