Nowhere on Earth Will Be Safe from a U.S.-China War 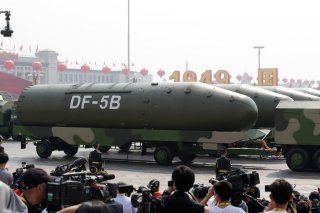 Here's What You Need To Remember: The Chinese government is aware that the large size of its forces in part reflects an antiquated mid-twentieth century force structure emphasizing massive, low-quality ground armies. Starting in 2015, Chinese President Xi Jinping—who seems set to remain in power indefinitely—announced a major reform initiative to radically downsize PLA ground forces to improve their quality.