Nuclear Nightmare: In 1985, the Carrier USS Enterprise Collided With an Island 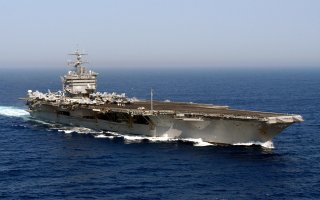 Here's What You Need to Know: The sea tale of the Ship and the Rock is a caution for all good sailors.