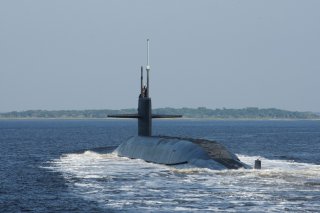 The following extract is from ASPI’s latest special report, Submarines: Your questions answered, which attempts to answer the many questions that Australians pose when it comes to the design, acquisition, cost, operational service and strategic implications of submarines.

After the publication of the 2016 defence white paper in February that year, I was approached by a senior politician who had been involved in the earlier stages of the white paper’s production wanting to ask a ‘couple of questions about Defence’. Started in early 2014, the white paper had the unique history of being developed under the direction of two prime ministers and three defence ministers.

We duly met at a Canberra institution, the Charcoal Restaurant.* Over blue steak and red wine, my friend’s puzzlement became clear: ‘Why didn’t we talk about nuclear propulsion for submarines during the white paper process?’

Why indeed! I would venture that there hasn’t been a detailed discussion of nuclear propulsion around the Australian cabinet table since the nuclear crisis in ANZUS in 1984, in which New Zealand cast away the alliance over the vastly improbable risk that a US warship might sneak a nuclear weapon into Auckland Harbour. I was closely involved in the defence white papers produced in 2000 and 2016 and had a ringside seat at the 2009 white paper. To my knowledge, nuclear propulsion wasn’t part of any formal cabinet consideration. The 2009 white paper quickly dismissed any interest—‘The Government has ruled out nuclear propulsion for these submarines’—at the same time as it stressed the importance of range and ‘prolonged covert patrols over the full distance of our strategic approaches and in operational areas’.

At a major maritime conference in 2019, the chief of navy, Vice Admiral Mike Noonan, tentatively ventured the thought that a slow build of 12 boats might allow nuclear propulsion to be considered at a later stage (‘A change in the propulsion system for the Attack-class submarines; it’s something that will no doubt be discussed over the next 30 years, bearing in mind that by the time we deliver No. 12 it will be 2055’), but the government quickly said that this wasn’t under consideration. In fact, there doesn’t appear to be a strong constituency for nuclear propulsion inside the navy, which is still culturally an organisation built around surface ships. The wider defence organisation has the Attack-class project to deliver, which is complex enough without adding a major new challenge to master nuclear propulsion.

Parliament is filled with many MPs on both sides of politics who will privately advocate for nuclear propulsion but publicly shy away from discussing the capability. The fear is that it isn’t possible to build a bipartisan consensus for nuclear propulsion in ways that prevent one side of politics rejecting the idea, leaving the other side with a potential political liability.

That was certainly the outcome of the 2019 House of Representatives Standing Committee on the Environment and Energy review of the future of nuclear technology in Australia. Government members of the committee recommended ‘adopting a strategic approach to the possibility of entering the nuclear energy industry’. This was countered with a Labor Party dissenting report claiming that ‘There is simply no case for wasting time and resources on a technology that is literally the slowest, most expensive, most dangerous, and least flexible form of new power generation.’

Nuclear propulsion for submarines wasn’t considered, but it’s clear at least in the short term that there’s no prospect for bipartisan cooperation on this issue.

Political ambivalence is fuelled by popular concerns. In Australia, there are strongly divided views for and against nuclear power in any form. The parliamentary committee review acknowledged that ‘the will of the people should be honoured by requiring broad community consent before any nuclear facility is built’.

Is anything likely to change this situation? Potentially, yes.

The strategic ground is changing quickly under our feet, and those developments might, in future, force a more urgent government consideration of the submarine capability Australia needs. The 2016 white paper pointed to the need to keep the submarine capability under examination, stating that a review would be needed ‘in the late 2020s to consider whether the configuration of the submarines remains suitable or whether consideration of other specifications should commence’.

A significant pressure point may emerge in the next couple of years, when the detailed design work for the Attack class will reveal the capability parameters of the boats’ propulsion system. How that plays out against the advertised need for a ‘regionally superior submarine’ could lead to some arresting discussions around the cabinet table.

Peter Jennings is the executive director of ASPI and a former deputy secretary for strategy in the Department of Defence.