Nuclear Tanks Could Have Been a Disaster For Enemies... And Drivers 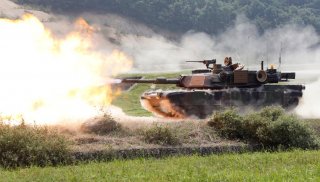 Here's What You Need to Remember: Maintenance would have been interesting, too. Pity the poor mechanics at the depot, or the recovery crews, who have to fix or tow a damaged tank leaking radioactive fuel and spitting out radioactive particles. Bombing a tank repair shop wouldn't just disrupt maintenance: it would create a contaminated zone.

Michael Peck is a frequent contributor to the National Interest and is a regular writer for many outlets like WarIsBoring. He can be found on Twitter and Facebook. This article first appeared last year.