Oh. My: Could the A-10 Warthog Actually Become a Navy Killer? 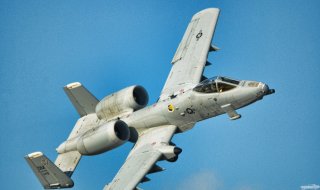 Here's What You Need To Remember: The radar-less A-10 is capable of fighting at sea, provided some other plane does the sensor work. Warthogs gunned enemy patrol boats during the NATO intervention in Libya in 2011.