One Big Dress Rehearsal: How the Spanish Civil War Paved the Way for World War II 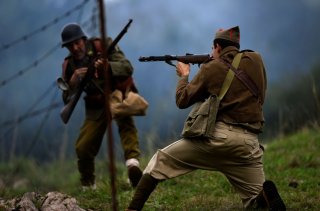 Key point: The Spanish Civil War's political fault lines, weapons, and strategies were all what would be seen across Europe once Nazi Germany invaded Poland. Here's how the war became a testing ground that foreshadowed the coming conflict.