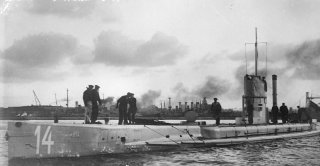 Here's What You Need To Remember: Was it worth it? The all-out U-boat offensive did sink 880,000 tons of shipping in April 1917 alone and endangered the seaborne trade that Britain depended on. Unfortunately, it also helped U.S. President Woodrow Wilson to persuade Congress to declare war on Germany in April 1917. The intervention of more than a million fresh American soldiers by late 1918 heartened the British and French armies battered by years of war and the devastating German 1918 offensives.