One Social Security Number in 40 States? Unemployment Fraud Is Skyrocketing 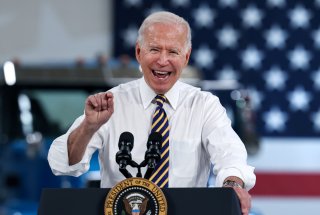 Key Point: A story in Axios earlier this summer alleged as much as $400 billion in unemployment benefits had been stolen since the start of the pandemic, much of it by international criminal syndicates.

The report, and a follow-up by the same publication, drew some skepticism at the time, largely because its only sources seemed to be a pair of companies that are in the business of getting governments to spend money on services to prevent such theft.

But now, there is another report about the massive amounts of fraud from unemployment programs, and while it doesn’t make the same claims, it does argue that fraud has become a huge problem. In some states, in fact, there have been more jobless claims than estimated job losses. And in five states—Arizona, Georgia, Hawaii, Nevada and Rhode Island—there were more claims than the total workforce altogether.

The report, by ProPublica, is titled “How Unemployment Insurance Fraud Exploded During the Pandemic,” and it calls the fraud “perhaps the largest fraud wave in history.”

The piece cites federal prosecutors in listing several major cases, including that of a Bronx man who "allegedly received $1.5 million in just ten months, a California real estate broker raked in more than $500,000 within half a year, [and] a Nigerian government official is accused of pocketing over $350,000 in less than six weeks.”

There have also been organized efforts to steal money from unemployment coffers, including the use of bots. These criminals and others have exploited “aging or obsolete state unemployment systems whose weaknesses have drawn warnings for decades.” They have even targeted specific states, such as Maryland and Pennsylvania.

While the Axios report placed the amount of the fraud in the hundreds of billions of dollars, the ProPublica story states that “nobody has yet come close to putting a definitive number on the dollar value of fraud relating to pandemic-era unemployment benefits.” It did cite a Labor Department Inspector General report stating that the total dollar amount from fraudulent and improper payments will reach “at least $87 billion” by the time the special unemployment benefits from the American Rescue Plan Act run out in September.

“The system was the victim of what is one of the largest internet crimes in history, perpetrated against all fifty states at extraordinary levels,” James Bernsen, a spokesperson for the Texas Workforce Commission, told ProPublica.

However, Jon Coss of a Thomson Reuters unit investigating the fake claims, stated that “from my experience, when this is all said and done, we are going to be counting in the hundreds of billions of dollars, not the tens of billions.”