This One State Is Giving a $1,000 Stimulus Payment 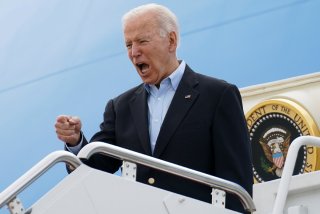 First responders and teachers living in Florida will receive $1,000 one-time stimulus payments over the summer after Gov. Ron DeSantis (R) signed off on the budget last week.

The state budget set aside more than $400 million for direct payments, as nearly 174,000 Sunshine State first responders, along with 180,000 educators are expected to receive the aid. DeSantis noted that he anticipates the payments to be sent out over the summer, but the Florida Department of Economic Opportunity has already begun issuing the relief to first responders after the initiative was first announced.

“Supporting our law enforcement and first responders has been a top priority for my administration, and it has never been more important than over the last year. As a state, we are grateful for their continued service to our communities,” DeSantis said in a statement last month. “This one-time bonus is a small token of appreciation, but we can never go far enough to express our gratitude for their selflessness.”

Teachers will also see the state-level stimulus payments from funds in the third round of the Elementary and Secondary School Emergency Relief Fund that was part of President Joe Biden’s American Rescue Plan. The state will use $215 million to give 175,000 full-time classroom teachers and over 3,000 principals the direct payment.

“The past year included so much uncertainty for our state’s students, parents and educators,” DeSantis said. “In Florida, we knew how important it was for our students to return to school, and our principals and teachers answered the call.”

The state-level direct payments come as several congressional Democrats have pushed Biden to pass recurring stimulus checks until the end of the pandemic. Democratic advocates argue that millions of Americans are still struggling to put food on the table and pay basic bills due to the economic impacts of the coronavirus pandemic.

The White House, however, has pivoted its focus to passing a bipartisan infrastructure overhaul that aims to restore traditional infrastructure in the United States and strengthen broadband internet, among other items.