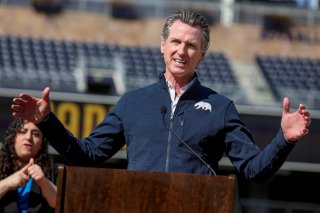 As the Internal Revenue Service and the Treasury Department continue to send out the remaining $1,400 coronavirus stimulus checks to eligible Americans, the state of California has already moved on to issue even more financial help to its struggling residents.

Earlier this week, both chambers of the California legislature approved Gov. Gavin Newsom’s plan to disburse additional $600 stimulus checks, which have come to be known as “Golden State Stimulus II.” These payments essentially expand on the first round of payments that headed out to eligible Californians in April.

For that first round, individuals with incomes of less than $30,000 qualified for the checks. But to be eligible for this round, individuals must be a resident of California who filed their 2020 taxes and earned $75,000 or less. They must have also lived in the state for at least six months.

Moreover, families with dependents will receive an additional $500 in direct payments. Another $500 will be issued to undocumented families.

In all, California state officials are estimating that approximately two-thirds of all residents will receive some form of stimulus payment.

Tenants in California were also recently given eviction protections for another three months, and those individuals with low incomes will have all of their past-due rent covered.

“California will significantly increase cash assistance to low-income tenants and small landlords under the state’s $5.2 billion rent relief program, making it the largest and most comprehensive COVID rental protection and rent relief program of any state in the nation,” Newsom’s office said in a statement.

For those who are deemed eligible for federal rental assistance, they could potentially be on the receiving end of $25,000 to cover both missed and future rent for up to eighteen months.

Other states are also taking the initiative to offer more financial help to their low-income residents. For example, New Jersey’s legislature recently approved a $46 billion state budget that green-lighted tax rebates of up to $500 for nearly eight hundred thousand households in the state.

“This is direct tax relief to middle income families and senior citizens who need it most,” Senate President Stephen Sweeney said in a press statement. “The income tax rebate will put money into the pockets of working families so they can support themselves and their children.”